‘Lesterpack’ Complete the Gruelling Winter Wolf Run and Have Raised over £3.5K for Charity

This weekend, team ‘Lesterpack’, made up mostly of staff from Lestercast, took on the gruelling ‘Winter Wolf Run’ at Stanford Hall in Leicestershire in support of their colleague Chris French who is currently battling Cancer (above centre).

“Team ‘Lesterpack’ really pulled out all the stops, the effort displayed by all involved was truly fantastic. A lot of people were far away from their comfort zones but together, inspired one another to get through the course. The amount of support received by way of donations and continually, as I go through my treatment, is also amazing and far exceeded my expectations. Congratulations to all involved!”

Raising more than a fantastic £4k so far, the team literally battled through rivers, mud baths, lakes, undulating hills, obstacles along a 10km course – a mean feat at any time, an even tougher challenge in the great British Winter!

Raising funds for Macmillan Cancer Support to show Chris that the team are behind him as he faces his cancer battle, nothing short of a huge amount of teamwork was required to get through this challenge.

A Winter ‘Wolf Run‘ is essentially a 10K run amalgamated with an outdoor obstacle course through the mud and braving the elements!

As you may be aware, I was unfortunately diagnosed with a rare form of Bowel Cancer back in June of this year which obviously came as a huge shock for my family, friends and colleagues alike. I’ve been receiving Chemotherapy for around 6 months now which is going very well, already I am seeing positive results with the tumour reducing in size and the sites across my Liver confirmed as receptive to the treatment. It will be a long road to recovery, but I remain confident that through a solid network of support and my desire to fight, I can come through the other side.

In addition to my close network of support, I have also had the benefit of speaking with the Macmillan team which I have to say has been a big help. The work they do and the time they give is crucial to any patient living with Cancer and for this reason I would like to give something back.

The ‘Lesterpack’ Team Did It!

The Lestercast staff are right behind Chris and his treatment and took a team of 18 on the day.

Taking part from the company as well as Chris’s wife Elise was :-

Donations are still open even after the event, please follow the link above to show your support and thank you.

Chris French, friend and colleague, has passed away after a courageous battle with cancer. 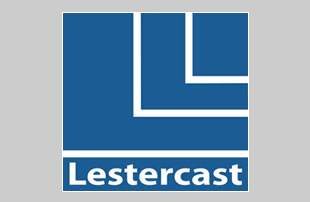 Lestercast would like to inform all customers and suppliers that work continues at full strength.

We use cookies to ensure that we give you the best experience on our website. If you continue to use this site we will assume that you are happy with it.OK