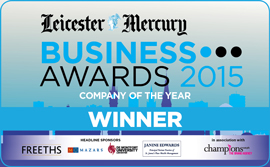 Lestercast are proud to announce their outstanding success in winning the “Company of the Year” Award at the Leicester Mercury Business Awards 2015.

This prestigious award, sponsored by Janine Edwards of St James’ Place, was presented to the company by celebrities, Paul Ross and Anne Davies, at an Awards Ceremony in Leicester last week, after being nominated as a finalist alongside two major international organisations.

Official photographs from the event can be found by following the links below:-

An official Media release has been distributed which you are able to download below. should you require any further information about this spectacular win for the Lestercast team, please don’t hesitate to contact the Marketing team on 0116 276 7284. 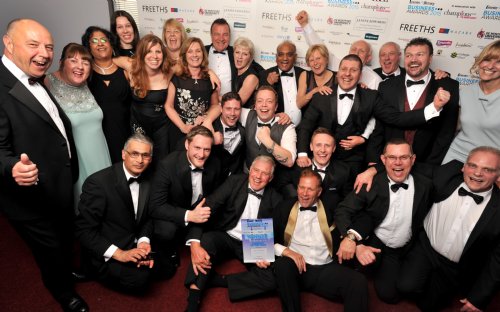